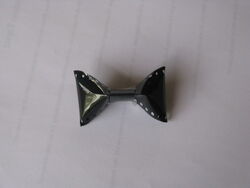 A cute little DIY accessory for any photog or film nerd girl! ^_^

1. Cut off maybe half an inch on the film; this will later be the center of your bow.
2. Find the middle of the bow and pinch it, as to make a crease.
3. Bend the edge of the film to the center, don't crease it! It will be hard to work with, but a bow looks better puffed.
4. Fold in the extra film to meet the center crease. Tuck it inside the two flaps that the center crease makes. Put a small strip of tape onto it, don't worry about it being visible.
5. Do the exact same thing as in steps 4 and 5 to the other side. Tape it down. Fold the 1/2 inch piece if film in half to make two little squares. Put this piece onto the bow's front to hide the tape. Tape it on the back so it will stay.
6. Insert the bobby pin into one of the tape pieces already on the back. Make sure you know which way the bobby pin should go into your hair, and which side of your head you'd wear it. And you're done! 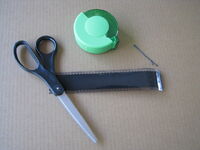 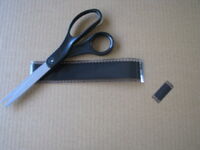 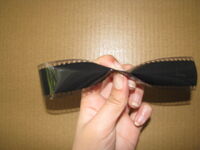 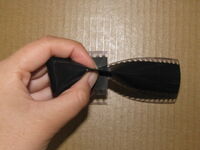 Fold over one side. 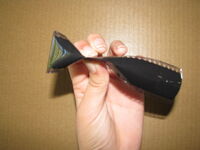 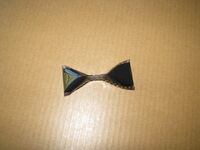 Repeat on other side, add middle and DONE!
Community content is available under CC-BY-SA unless otherwise noted.
Advertisement