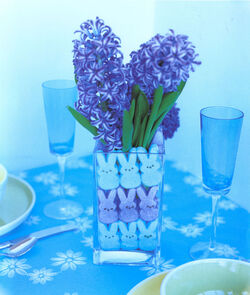 Arrange an Easter table centerpiece that really makes a statement by surrounding a small vase of flowers with a larger vase filled with Chicks or Bunnies. Combine several colors for a festive spring look, or stick to one or two colors if you’re going for understated elegance. 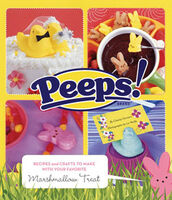 Peeps!
Add a photo to this gallery
Retrieved from "https://easycrafts.fandom.com/wiki/PEEPS_Spring_Table_Centerpiece?oldid=9775"
Community content is available under CC-BY-SA unless otherwise noted.